Immerse in the virtual world with AR / VR technology

WHAT IS AR (AUGMENTED REALITY)?

AR (Augmented reality) is the overlaying of digitally-created content on top of the real world. AR allows the user to interact with both the real world and digital elements (or augmentations). AR lets us see the real-life environment right in front of us—dogs chasing balls, kids playing soccer—with a digital augmentation overlaid on it. For example, the dogs could be playing with their cartoon counterparts, and the kids could be kicking past an alien spacecraft on their way to score a goal.

AR images can be displayed on a multitude of devices including eyeglasses and goggles, headsets, and heads-up displays like helmet visors, but the most common way to use AR these days is on a smartphone, in a variety of apps and games. 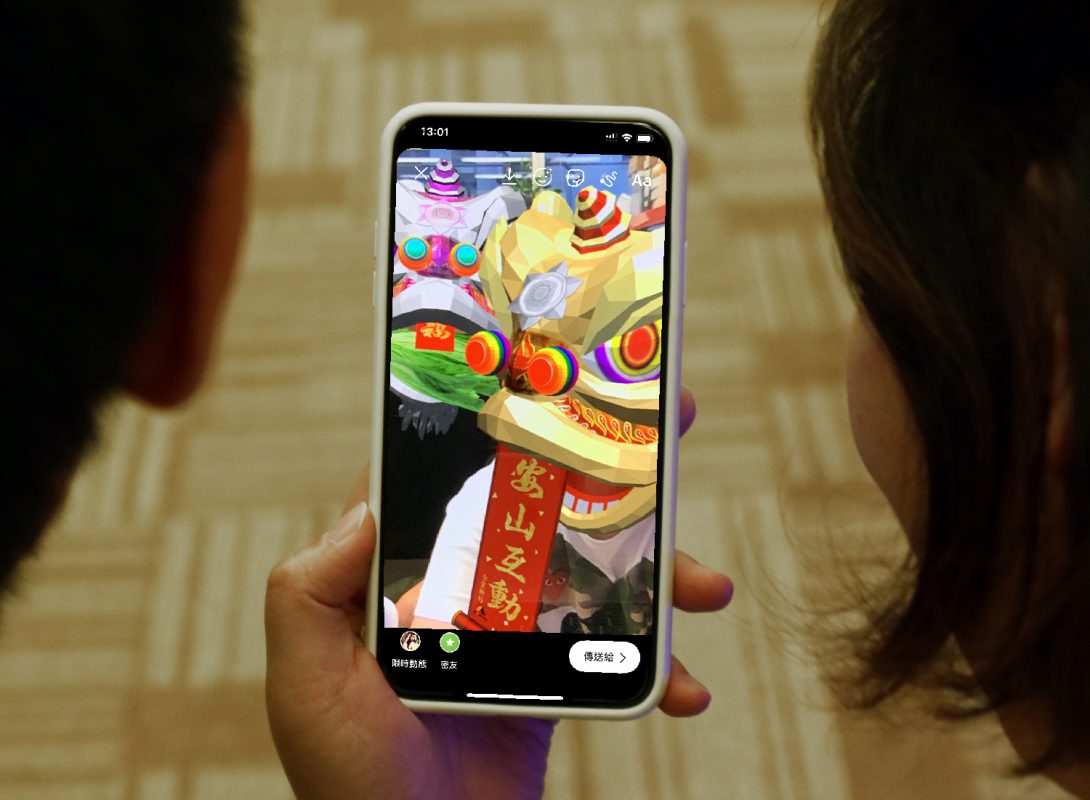 AR is increasingly becoming more prominent than VR in industrial and creative workplaces due to its lack of dedicated hardware. It does not completely restrict the user’s vision, giving it a vast potential of applications.

AR is in fact readily available and being used in many ways such as Snapchat lenses, in apps that help you find your car in a crowded parking lot, and in shopping apps that let you try on clothes without even leaving home. Perhaps the most famous example of AR technology is the mobile app Pokémon Go, which was released in 2016 and quickly became a phenomenal success. In the game, players locate and capture Pokémon characters that pop up in the real world—on the street, in a park, even in your own bathroom.

Apart from games, there are many other consumer uses for AR in our everyday lives, the technology is also used in many industries. e.g. healthcare, public safety, navigation systems, interior design, sports events broadcast, tourism and marketing.

AR is only going to get bigger as AR ready smartphones and other devices become more accessible around the world. 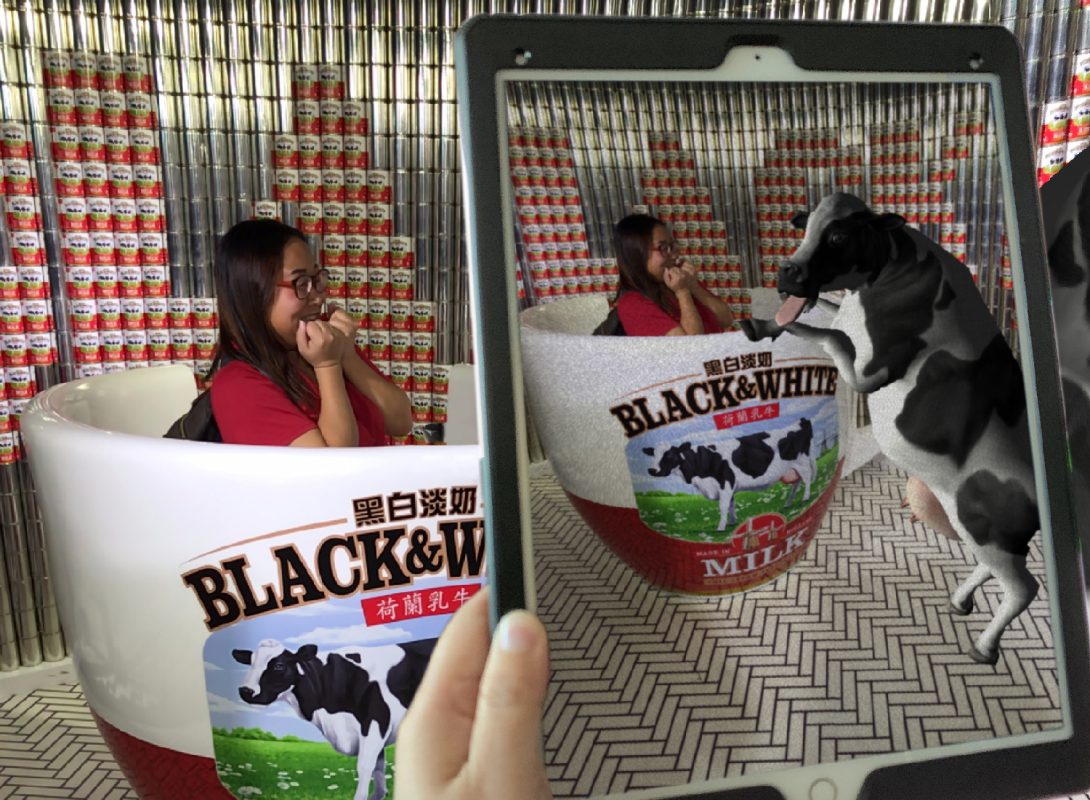 HOW DOES AR WORK?

It takes some sophisticated technology to create AR experiences. It all comes down to location and identification. AR applications for smartphones typically include GPS to pinpoint the user’s location and its compass to detect device orientation. Sophisticated AR programs used by the military for training may include machine vision, object recognition and gesture recognition technologies.

There are two broad types of AR: marker-based and markerless.

For example, you’re in a museum. By pointing your phone’s camera at a marker on an information plaque, you will be able to instantly see more about the artifact at which you’re looking.

Take Pokémon Go as an example. The game tracks your location via GPS, then uses geographic data and your phone’s clock to choose when and where to have Pokémon characters appear. For example, if you’re walking by a river in daytime, you might see a water-loving creature. If you’re out at night, you might spot a fairy or other nocturnal type. The game uses your phone’s GPS, accelerometer, and compass to orient itself—and then it uses the camera to overlay an image of a Pokémon within your real-life surroundings.

WHAT IS VR (VIRTUAL REALITY)?

VR (Virtual Reality) is the use of computer technology to create a three-dimensional simulated environment which can be explored and interacted with by a person. That person becomes part of this virtual world or is immersed within this environment and whilst there, is able to manipulate objects or perform a series of actions, or at least being able to look around. Its most immediately-recognizable component is the head-mounted display (HMD).   Instead of viewing a screen in front of them, users are immersed and real-time user interaction within the virtual environment is possible.

A high level of VR immersion is achieved by engaging your two most prominent senses, vision and hearing, by using a VR headset and headphones. The VR headset wraps the virtual world nearly to the edge of your natural field of vision. When you look around, you experience the environment the same as in real life. Headphones amplify the experience by blocking the noise around you, while allowing you to hear the sounds within the VR experience. When you move your head, the sounds within the VR environment move around you as if in real life.

Unsurprisingly, video games is one of the largest applications. The potential entertainment value or VR is clear — immersive 360 videos and video games are good examples — but VR has many other, more serious, applications as well, ranging from architecture, engineering, design, business to arts. VR can lead to new and exciting discoveries in these areas which impact upon our lives.

Wherever it is too dangerous, expensive or impractical to do something in reality, virtual reality is the answer. From training fighter pilots to medical surgeons, VR allows us to take virtual risks in order to gain real world experience. As the cost of VR goes down and it becomes more mainstream you can expect more serious uses, such as education or productivity applications, to come to the fore.

HOW DOES VR WORK?

VR is the creation of a virtual environment presented to our senses in such a way that we experience it as if we were really there. It uses a host of technologies to achieve this goal and is a technically complex feat that has to account for our perception and cognition. A range of systems are used – such as headsets, omni-directional treadmills and special gloves – to actually stimulate our senses together in order to create the illusion of reality.

This is more difficult than it sounds, since our senses and brains are evolved to provide us with a finely synchronised and mediated experience. If anything is even a little off we can usually tell. VR technology needs to take our physiology into account. For example, when what your eyes and the vestibular system in your ears tell you are in conflict it can cause motion sickness.

If an implementation of virtual reality manages to get the combination of hardware, software and sensory synchronicity just right it achieves something known as a sense of presence. Where the subject really feels like they are present in that environment. 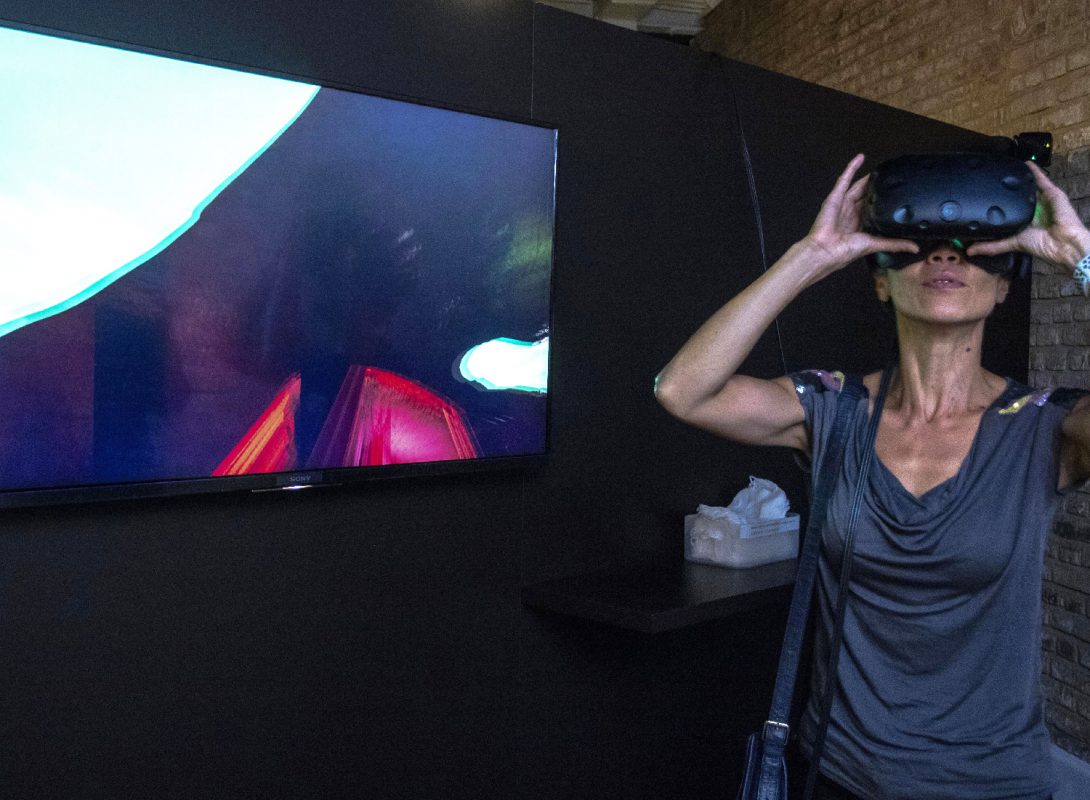 A branch of VR that covers high-quality, 360° 3D video experiences, preferably with ambisonic audio, and possibly with interactive elements pulling on the power of presence.

An open standard that provides a means through which to experience VR via a browser, instead of having to download specialized apps first. Using only a headset and web browser, rather than introducing the cost of high-end computing hardware, results in more accessible VR and larger potential audiences. 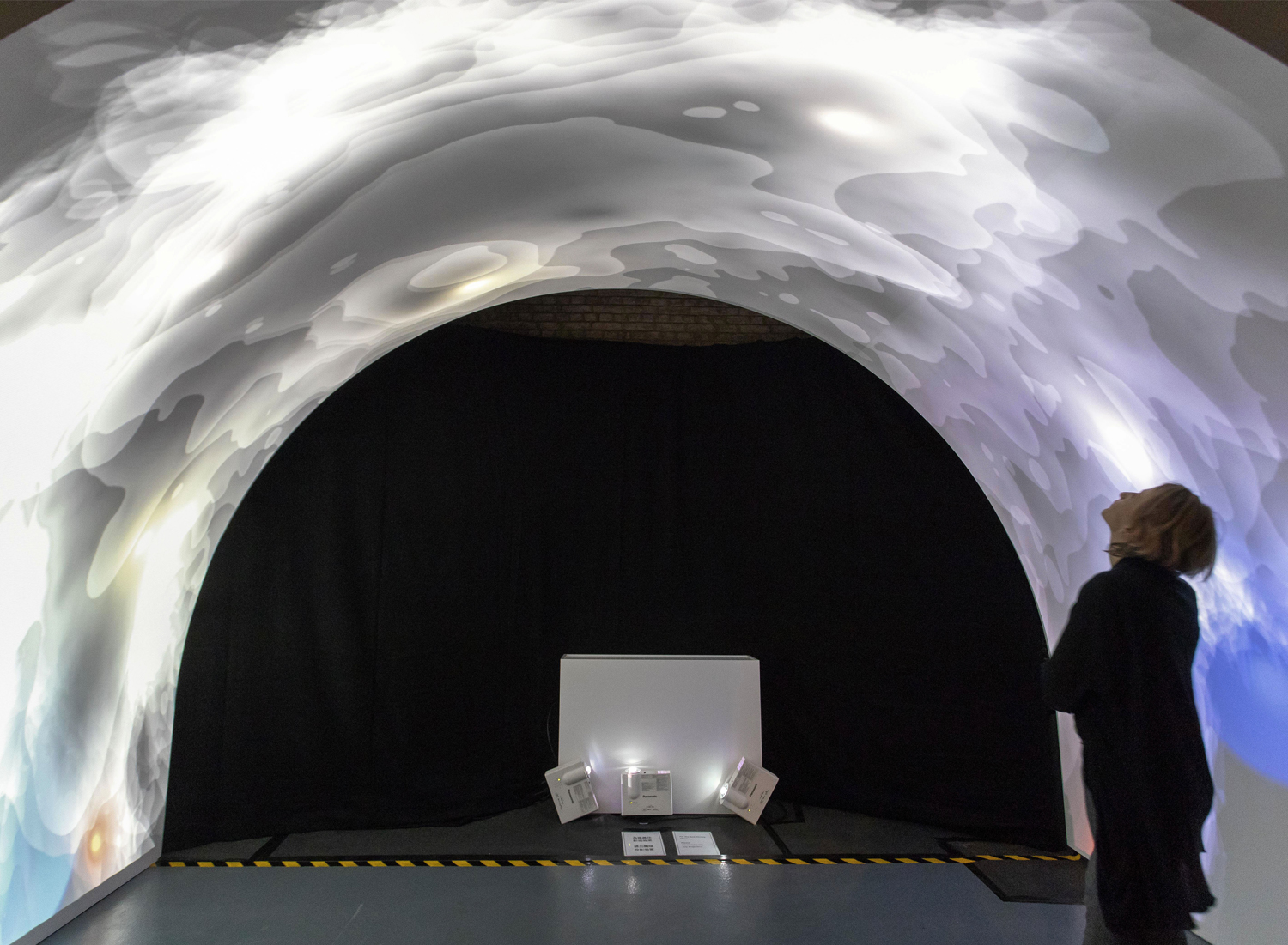 Artists elaborated on the possibility of human beings finding an uninhabited planet, and inhabit it, and communicated their views through various art forms 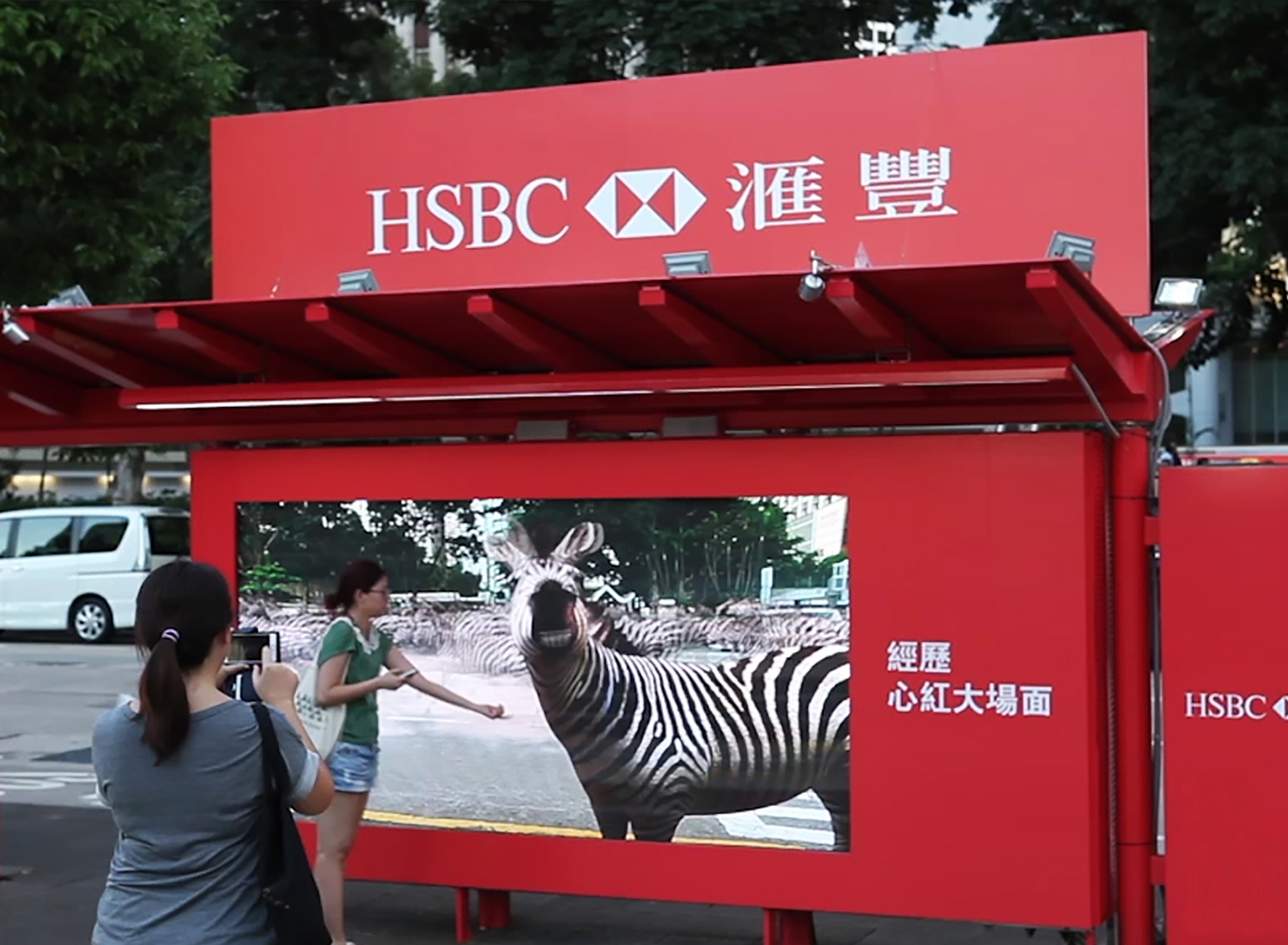 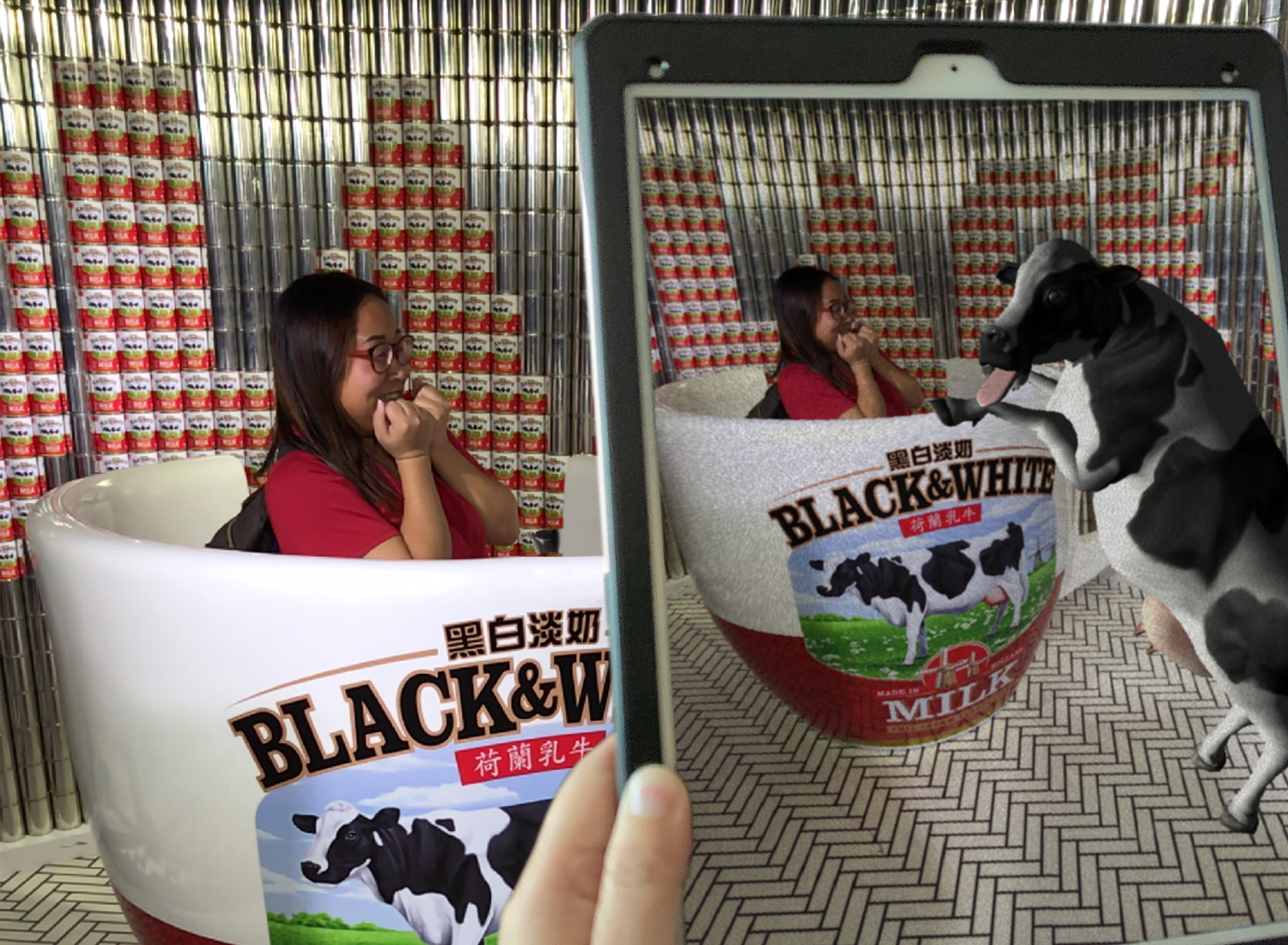